How to Call Out Casual Sexism (Don’t Stay Quiet) 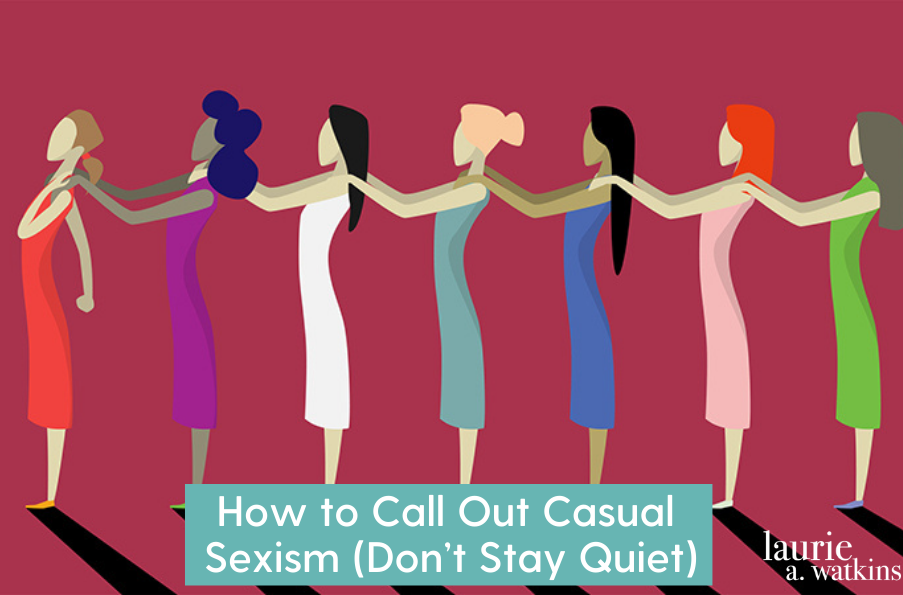 Raise your hand if you have the title “Dr.” before your name.  Chances are, if you do, you worked really freaking hard to get it there!

A Wall Street Journal op-ed published just this past Friday, referred to our former second lady (soon to be first lady!) as, “Madame First Lady – Mrs. Biden – Jill – kiddo.”  This piece, written by a man, proceeded to argue that she should drop the “Dr.” before her name.

Being called “Mrs.” when you are “Dr.” without the opportunity to correct this person, is offensive in and of itself.  However, to take it a step further and call her “kiddo” while also insulting her education is simply beyond out of line.

Forever the classy woman that she is, Dr. Jill Biden seemingly responded on Twitter by saying, “Together, we will build a world where the accomplishments of our daughters will be celebrated, rather than diminished.”

Vice President-elect Kamala Harris’ husband, Doug Emhoff, came to the defense of Dr. Jill Biden saying, “Dr. Biden earned her degrees through hard work and pure grit.  She is an inspiration to me, to her students, and to Americans across this country.  This story would never have been written about a man.”

I was given a riddle in elementary school.  A father and son are in a car accident.  Both are seriously injured.  They are taken to separate hospitals.  When the boy is taken in for an operation, the surgeon (DOCTOR) says, “I cannot do the surgery, this is my son.”  How is this possible?  A staggering number of people could not come to the conclusion that the surgeon/doctor was the child’s mother.  We have a preconceived notion of many professions simply being male dominated.  Perhaps it is due to bias, books, Hollywood, or our upbringing.

As a woman, I can remember countless times I have been subjected to casual sexism.  Men likely witness it or partake in it all the time, possibly without noticing.

The language we hear frequently is inherently sexist:

When women react similarly to men in certain situations they are seen as “emotional” or “hysterical” while men are seen as “passionate.”

Women fighting for their place at work or in social settings can be seen as “bitchy” or “power hungry” while men are simply seen as “driven.”

There is a whole genre of movies deemed “chick flicks,” but, what do men have?

Men can even get praised for their sexual prowess while women are slut-shamed for similar behaviors.

Women tend to get asked more about marriage and children or work-life balance while men are just assumed to have it all together.

One of the worst things we can do in the face of sexism, is to just let it go or stay silent.  We cannot perpetuate this behavior or validate it by staying quiet, laughing, or changing the subject.  This goes for both women and men.  As women, we need to call out when sexist things happen to us or to our peers.  Men need to start seeing more of the sexist behavior that likely surrounds them all the time and help end this cycle.

Here are some ways to take a more active approach to battling sexism:

Here are some resources to help you get more educated on sexism:

The Me Too Movement

And some books to read:

Men Explain Things to Me

Feminism is for Everybody

Pulling folks up and calling out those on their sexism is the first step to creating a lasting chance when it comes to the way we talk about men and women.