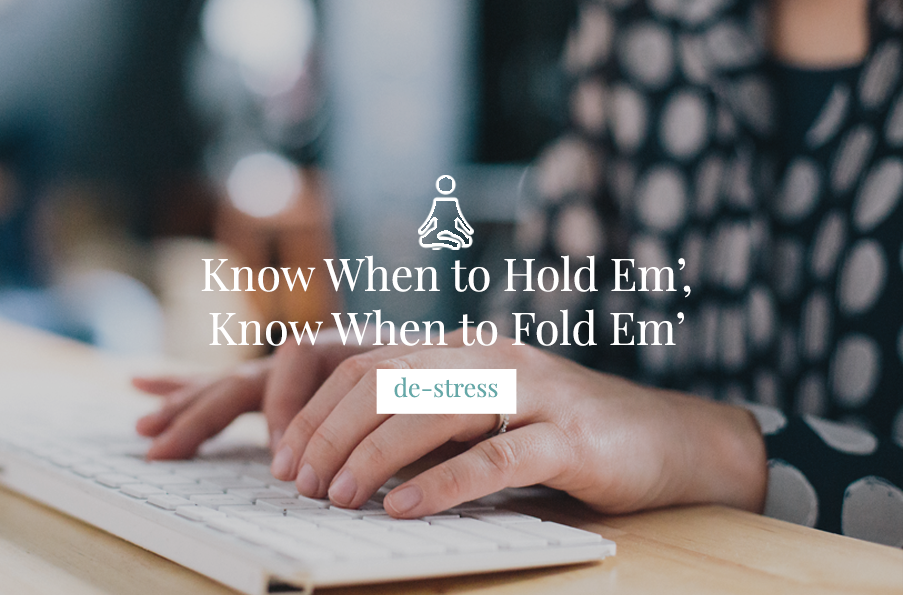 Lately it seems like wherever you turn, people are saying just about whatever they want, without a filter, and getting away with it, whether in the personal, business, or even political spheres. For the rest of us who choose to conduct ourselves with at least some dignity, we have to keep it cool, especially in the workplace. We use appropriate language, dress the way we want to be treated, and extend respect to those around us. Except, that’s not always reciprocated by others, especially in the workplace.

You wouldn’t believe some of the things I have seen and heard throughout my career that not only were inappropriate, but without a doubt constituted harassment in a legal sense. I had my first experience with workplace sexual harassment at age fifteen at my first job when I worked at a large retailer. I pleaded with my father not to confront my harasser, also the manager, and instead I just quit and walked away. Years later, while working at another large retailer in Tallahassee during college, I did report a similar incident where a manager was inappropriate with me, and his managers did discipline him. Unfortunately, his punishment was that his planned promotion and transfer to HQ in California was blocked, so he remained working in the store, ironically making things even more uncomfortable for me. Again, I quit and walked away, despite how long I had worked for the company and how much I loved my work and my team.

As I advanced in my career, I became conditioned and even inured to this behavior. I mean, it had happened at my very first job. I continuously observed this type of behavior not only being tolerated, but becoming increasingly accepted as “the norm”. Over time, I grew skin as thick as an alligator’s, eventually becoming numb to unwanted advances and inappropriate workplace communication. This “thick skin” attitude was usually accompanied by unpleasant comments and whispers behind my back by some (men and women) calling me “a bitch”, “emotional”, “difficult”, or (euphemistically) “passionate”. Still, I moved forward, feeling like I had to pick my battles, carefully navigating the choppy waters of workplace decorum.

Recently (as in, during my adult career, not too long ago), it happened again. At first, I tried to keep it to myself for weeks, convincing myself that my boss had “merely” made a major error in judgment by showing up at my apartment building (thankfully stopped by my concierge), and I almost believed his explanation that “he was there out of concern for me just as he would be for his own daughter”. I was so relieved when he was fired a few weeks later for unrelated performance issues that I was convinced God had heard my prayers, and I was willing to let it go, thinking his problems would no longer affect me.

Unfortunately, his departure from the company only caused him to act out more. He began behaving more like a jealous ex-boyfriend than a former boss. The anxiety he caused began to affect me physically and mentally, triggering emotional outbursts, uncontrollable crying, and night terrors. It wasn’t until my partner told me that I was yelling out in my sleep that I truly realized the emotional toll that constantly “playing defense” was having on my life. This time, I knew I couldn’t simply walk away as I had done in the past. “Enough was enough,” I told myself. I filed a complaint.

I was proud of myself for finally having the courage to report what had been going on to HR, and just like Susan Fowler (Uber), I thought they would handle the situation appropriately, and then life would go on. I knew this would be a tricky situation because my harasser no longer worked for the company, but it was still a problem because even after firing him, company leadership and some of its employees remained in contact with him and would have discussions about future work, etc. I reported the situation to HR and provided documentation in extensive detail about the months of harassment that had been happening.

Unfortunately, just like what happened with Susan, things played out quite differently than I had hoped. When I reported the situation, I was told by both HR and upper management that even though his behavior was clearly harassment, since he was no longer an employee of the company, there was nothing they could do, and that I “should have reported it sooner”. And then, shockingly, I was fired less than a week later, which they had the temerity to claim was for unrelated reasons!

Like Susan had been, I was an at-will employee, so this at-will status was how management at my former company opened the “difficult conversation”: “We just want to remind you that D.C. is an employment at-will district, and we can let you go at any time, and for any reason”. I was in complete and utter shock. But just like I declined to walk away from the harassment and reported it to HR, I now declined to walk away from my former company’s indifference (or, worse, complicity) – I hired an attorney. This was the rhetorical “straw that broke the camel’s back”. I had done everything right this time: I reported the harassment to HR, I followed protocol, I used my voice to speak for others… yet I still got fired. This was BS!

Betty Liu of Radiate, Inc., spoke with Susan Lyne, founder and CEO of BBG Ventures, and Daniella Yacobovsky, co-founder of Baublebar, about some of the most insane things said to them at work. Ms. Liu’s article concludes that, “when you encounter something incredible like this…[fusion_builder_container hundred_percent=”yes” overflow=”visible”][fusion_builder_row][fusion_builder_column type=”1_1″ background_position=”left top” background_color=”” border_size=”” border_color=”” border_style=”solid” spacing=”yes” background_image=”” background_repeat=”no-repeat” padding=”” margin_top=”0px” margin_bottom=”0px” class=”” id=”” animation_type=”” animation_speed=”0.3″ animation_direction=”left” hide_on_mobile=”no” center_content=”no” min_height=”none”][t]he best thing to do is shrug it off.”

That “lesson” set off tons of alarm bells for me. I want to acknowledge that while none of the examples given by these women were of sexual harassment, it doesn’t diminish my negative reaction to Ms. Liu’s suggestion to simply shrug it off. Just because it’s not sexual harassment, doesn’t mean it’s not sexist. And just because something is sexist, that doesn’t give it more of a pass. I understand that Ms. Liu, Ms. Lyne, and Ms. Yacobovsky are trying to say that you can’t fight every battle, that not everyone is going to be nice to you, and sometimes it’s more constructive to use negative experiences as positive motivation. But Liu’s glib conclusion makes it all too easy for readers to use her “lesson” as an excuse to simply give up. After all, we all know, whether by experience, observation, or mere intuition, that it’s always harder to take a stand than to go with the flow.

There is a fine line between strategic acceptance and tacit enabling. Keep in mind that if one person is uncomfortable, others likely are as well, if not now then certainly in the future. Standing up for yourself is also standing up for the others that this person is negatively affecting. Not to mention that Ms. Liu’s “lessons” sound uncomfortably like successful women discounting other (likely less successful) women’s experiences. It’s easy to congratulate yourself for choosing pragmatism over principle when you’re looking at the past from the vantage of a successful future. And it’s easy to judge yourself harshly when it seems like doing the right thing hurt you. It would be very easy for me to regret my decision to go to HR because it seemed to have hurt me. But the truth is, I don’t know the extent of the good affects that came from my actions, both alone, and in tandem with similar women at that company, and thousands of others. So, don’t be so quick to judge yourself before taking a step back and having a wider view.

The experience at my former company – basically being fired for doing the right thing and reporting harassment – changed my life. I decided I was tired of working with or for someone who didn’t value me enough to treat me and my colleagues with respect. We give so much of our time and life to our work, and when someone treats you poorly, or does whatever they can to destroy you – it cuts like a knife. So, I decided to go out on my own. I knew that I could only control my own actions, and not those of others. So, in realizing that, I decided that I would open my own business, and when I get large enough to hire employees, I will treat them as they deserve to be treated, with respect and empathy. Ironically, as founders of their own companies, it seems that Ms. Lyne and Ms. Yacobovsky came to similar conclusions about the best way to create your own “normal” in the workplace. I’m so glad that I struck out on my own, but I will keep fighting for the day when that’s not what it takes to be treated with respect in the workplace, and I hope you keep fighting, too.

So here’s my takeaway: certain kinds of destructive behavior might be widespread, but that doesn’t make them “normal” and doesn’t mean you should accept them as facts of life. Deciding when to accept and move on, and when to stand up and fight because acceptance would really mean enabling that behavior, will be a very personal journey and can really only be decided on a case-by-case basis. Give yourself permission to feel both of these conflicting pulls – to be a “team player” and to stand up for the right principles. Going from Stressed to Strong means moderation. Find the balance between standing up for yourself (and for others!) and picking your battles. These decisions are hard by definition! And you’re going to have doubt. But guess what: uncertainty is a good thing! It means you were thoughtful about your decision. Get comfortable being uncertain and uncomfortable. Discomfort is where the magic happens!

Thank you a million times over for reading my work, and for sharing your perspective and experience. This post was extremely difficult to write, but if it speaks to even one person, it was well worth the pain, and feeling uncomfortable. If someone you know is dealing with similar challenges in the workplace, please share this post.

Now I’d love to hear from you. What’s the single biggest insight that you’re taking away from this conversation? Let me know in the comments below.