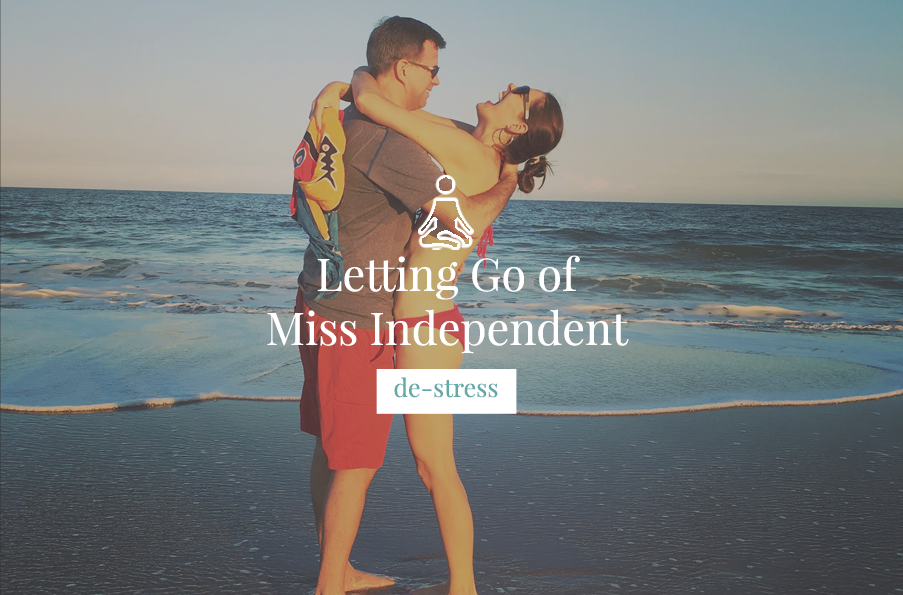 On Sunday evening at the Grammy’s, Chance the Rapper won Best New Artist.

I couldn’t agree with him more.

While I consider myself fiercely independent, I realized a long time ago that I couldn’t do everything on my own. I had to learn to ask people for help in order to accomplish my goals and achieve my highest aspirations. I had to change the way my brain had been trained throughout my entire childhood; that asking for help was seen as a sign of weakness. It took me some time, but eventually I was able to tune out that voice inside my head who seemed to be saying in all CAPS “you can do this on your own”.

I used to also apply that way of thinking towards my romantic relationships. In this case, instead of hearing that inner voice I just mentioned, I would hear the words and voice of my mother, “you can do anything you put your mind to, and you don’t need a man to do it”. Don’t get me wrong, I could have been given worse advice I know, but think about the effect that has when repeated over and over again to a young girl. It stays with them, and it took me until the age of thirty-five to realize…. that was bullshit.

Sure, I could live on my own, pay my own bills, travel the world on my own dime, come-and-go as I please, and buy an apartment – and I did that. But you know what sucked?! The entire time I was running free, I yearned to have someone beside me, sharing in those awesome experiences and accomplishments.

I eventually let go of feeling like I had to do everything alone, and remain this strong, independent woman I had been told as a young girl I could become; with education and career first. I allowed myself to ask for help more often, I learned to delegate better, and let go of my need to always be in control. I became increasingly more productive in all areas of my life, and what had become business as usual in my personal and professional relationships changed for the better.

As I started to notice dramatic changes at work, my stress levels plummeted. I started sleeping better because my mind no longer raced from all the chatter of what needed to be done as soon as I woke up the following morning. I started focusing more on myself and being honest with what I wanted the next fifteen years of my life to look like, not just professionally.

After a lot of deep, and (sometimes) painful work within myself, I finally came clean. I didn’t want to be alone. I wanted a true partner and someone to share my life with; someone patient, kind, respectful, smart, and who would not only celebrate and support my dreams, but challenge me, and be my voice of reason when I needed to be called out.

At the end of each year, I make a list in notes in my iPhone (so I can see it all the time) of all the things I want to accomplish the following year. At the top of my list for 2015 was: Find Love. I visualized it, I prayed about it, and I stayed focused, not allowing short-term distractions to occupy my attention, and got out right away when I saw a red flag, instead of turning it green as I had done so many times in the past.

Then in July, seven months into the year, it happened. I was at a drone conference at NASA in CA, and I met my guy while standing in line for pizza at a Google reception. I thank the heavens that I wasn’t doing a Whole30 challenge at the time. LOL! I may have missed him.

The rest is history as they say, and if you follow my blog, and social media posts, you may have noticed that I refer to my “boyfriend” Rob, as my partner. I do this for two reasons: 1. I think once you live with someone and are over a certain age, there should be another word besides “boyfriend” to describe your significant other AND 2. He is my partner, in every sense of the word.

As I began to fall in love with my partner, my entire world changed for the better. I suddenly had an even greater perspective on the world and how I wanted to leave it better than when I found it, and I finally felt safe, protected, and loved. Those are things you simply can’t create for yourself no matter how hard you try. In order to feel those vibes, they have to be given to you by someone else. You can’t do it alone. Whether it’s a partner, friend, higher power, mentor, or spouse – you should always surround yourself with good people you trust, and who share your vision, while treating each other with kindness and respect.

For the past year, I’ve worked on finishing my first book Go From Stressed to Strong, started a new career in a brand new space, went out on my own starting my own company Laurie A. Watkins, and moved from Washington, DC to a small town in Northern California to live with my partner, Rob. Talk about CHANGE. Phew! It’s been a lot to handle, complete with tons of tears, stress, and fear. But, I never would have had the confidence to take these leaps if it hadn’t been for his support, encouragement and love. That was really hard to accept at first; that it took the support and love from another person to kick my butt into high gear and go after my wildest dreams and goals. But, I am not ashamed to admit it, which is why I wanted to share this story with you.

You don’t have to go it alone. It’s ok to accept and ask for help.

On Sunday, I was upset after hanging up the phone with my mother. I knew Rob had overheard part of the conversation and when I hung up I began to fill him in on the parts he didn’t hear. As I was going on and on, I could tell by a slight look on his face that perhaps I was acting ridiculous, so I asked him “am I acting like a brat”? To which he grabbed my hand and said “yeah baby, kind of”. That was all I needed to hear to know I had gone too far. That was his gentle way of putting me in check, and I appreciated his honesty.

Tears began to fall down my cheeks, and I quickly brought my hands to my face trying to wipe them away so he couldn’t see, and with just a whisper he said “come here”, and grabbed me, putting his arms around me. He said “I want you to take three deep breaths before I let you go”. I didn’t hesitate or pull away, I did as he said, feeling my chest get lighter and lighter with each exhale. He was right, I did feel better. So much better in fact that I went back to my office to work for a few more hours, undistracted by the morning’s events.

I took a lot away from that small moment. I was reminded that even though I coach and inspire others with ways to relieve and eliminate stress, I’m not immune to the triggers of life, and I too need help sometimes. It’s important to have someone in your life who reminds you to take a moment to breathe, reminds you of what’s important in life, and that you’re not alone. Someone’s gotta have your back!