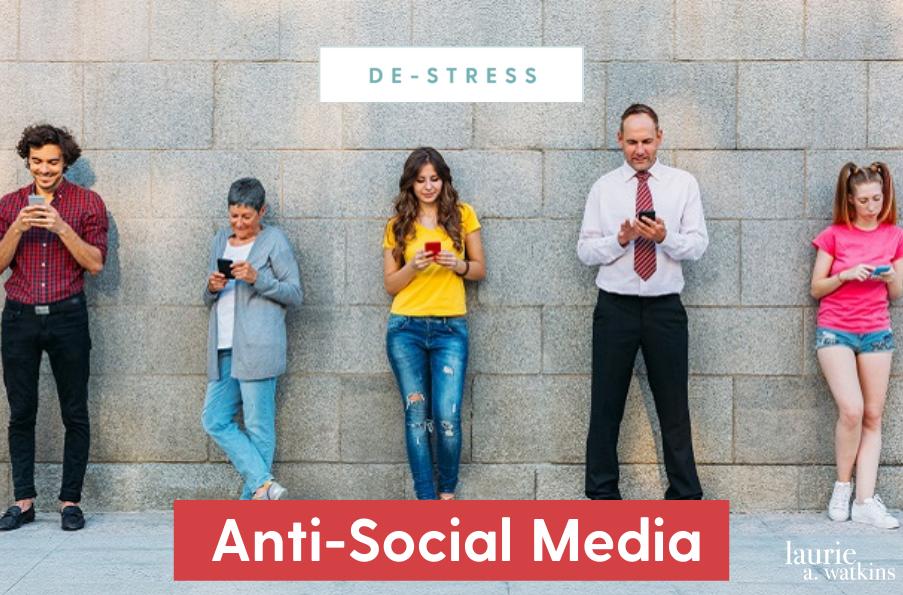 Did anyone else watch The Social Dilemma on Netflix?  The film does a deep dive into how social media and social networking sites have actually rewired our brains and how that damages our society and lives as a whole.  This is happening to people of all genders, ages, races, religions, professions, and more.  No one who uses these sites are exempt from the effects they can have on us.  The film is an intense examination at depression, anxiety, and even suicide rates amongst social media users, particularly teenagers.

While the film got a great deal of praise and press (and a whole lot of people claiming they were deactivating social media, throwing their phone, etc.) it did very little to offer solutions to the problems this industry is causing.  I am hoping to explore some of these solutions to social media’s alienation.

Social isolation, a state in which an individual lacks a sense of social belonging, true engagement with others, and fulfilling relationships is associated with increased morbidity and mortality.

One may be objectively isolated but not feel a sense of loneliness, and one may be objectively connected to others but still feel lonely.  This can be exacerbated not only by social media, but also the current times we are living in.  So many people are living in isolation given the pandemic, but are finding ways to stay active and connected to others around the world.  Conversely, some people may live with a bunch of roommates and see family all the time, but still feel a deep sense of loneliness.

Being constantly bombarded by news, people, and content (either good or bad), we can get sucked into feelings of low self-esteem, FOMO, fear, or negativity.

A study published in the American Journal of Preventive Medicine came out with some fascinating findings on the relationship between feelings of social isolation and social media use, “Not surprisingly, people who spent more time on social media—two hours a day or more—had twice the odds of feeling socially isolated than people who spent less than half an hour a day on it. And in terms of the number of times a person visited the sites, those who visited 58 times or more in a week had three times the chance of feeling socially isolated as those who visited nine or fewer.”

One major takeaway from this study is that social media is simply a time suck that takes away from our valuable free time that we could spend actually experiencing person-to-person socialization.  They also discuss the very obvious phenomenon of comparing ourselves to others based on what’s on social media, “For instance, seeing pictures of people at fun events can trigger feelings of exclusion. And seeing other people’s “highlight reels” can inspire feelings of jealousy. “Instead of accurately representing reality,” the authors write, “social media feeds are in fact highly curated by their owners. Exposure to such highly idealized representations of peers’ lives may elicit feelings of envy and the distorted belief that others lead happier and more successful lives, which may increase [perceived social isolation].”

There is of course the typical “chicken and egg” debate that comes up frequently when discussing social media and social isolation.  Do people who tend to feel socially isolated turn to social media more?  Or, are people who are on social media more experiencing higher rates of feeling socially isolated?  While there may never fully be a clear answer to this, what is clear is that social media is altering our brains, lives, and socialization.  No matter the cause, we need to take steps to help combat the alienation that can come from using these platforms.

Here are some ideas I have on how we can overcome social media’s isolation:

Create more conversation around mental health.  Social media isn’t going away.  No matter how many people state they will deactivate their accounts during elections, or after watching movies like The Social Dilemma, it has simply become too big of a beast to vanish anytime soon.  Instead of waiting for it to go away, we should shift our focus to having more open, honest dialogues with our friends, family, and peers about mental health and eliminating the stigma of mental health illnesses.  Seeing an increase in celebrities sharing their journey with depression, anxiety, and other mental health diagnoses is a great step in the right direction.  Also, many mental health organizations have social media platforms where they give resources to reach out for help if you need it.

Set limits for social media use.  We see people taking part in Meatless Monday or Sober January, perhaps you should start by cutting out one day a week of social media (if it’s an option for you!).  Taking a break and being in touch with how that makes you feel, may propel you to take longer, more extended breaks from social media.  People post all the time that they are “signing off” for a period of time.  Most of them end up coming back, but reflect that the break from constant news and updates was a welcome relaxation. If you are not able to sign off entirely for any amount of time, perhaps just giving yourself some limits. Turn off your alerts.  Set a timer and only allow yourself to scroll social media for 15-20 minutes a day, or only sign on once a day.

Be more selective.  Following hundreds to thousands of accounts can be overwhelming and over stimulating.  This can lead to extreme fatigue and stress when scrolling through your social media feeds.  Being more selective in who you accept as friends, or who you follow can help minimize some of these negative feelings that can be associated with social media.

Take advantage and focus on the benefits of social media.  Social media can allow us to keep in touch with people from around the world at any given point.  It is quick, free, and easy.  You can also find like-minded people through certain groups on certain social media networks.  This can be great for meeting new people, finding support through difficult times, or simply learning new things and skills.

I do not want social media to disappear.  I think if used correctly, and with monitoring up to a certain age, it can be a great tool for connection and learning.  The ways it allows us to easily keep in touch with people, find groups of people with similar interests, and share things that are important to us are all great tools.  However, there needs to be a change when it comes to dealing with the isolation and alienation it can cause.

I am so curious about how social media makes you feel.  What are the ways you use it for productive purposes, news, social, sharing, etc.?  How do you balance your social media interactions vs. your in-person interactions with others?  Feel free to chat with me about this on my social media platforms, or if you’d rather have a break day, I am always available via e-mail at Hello@LaurieAWatkins.com.