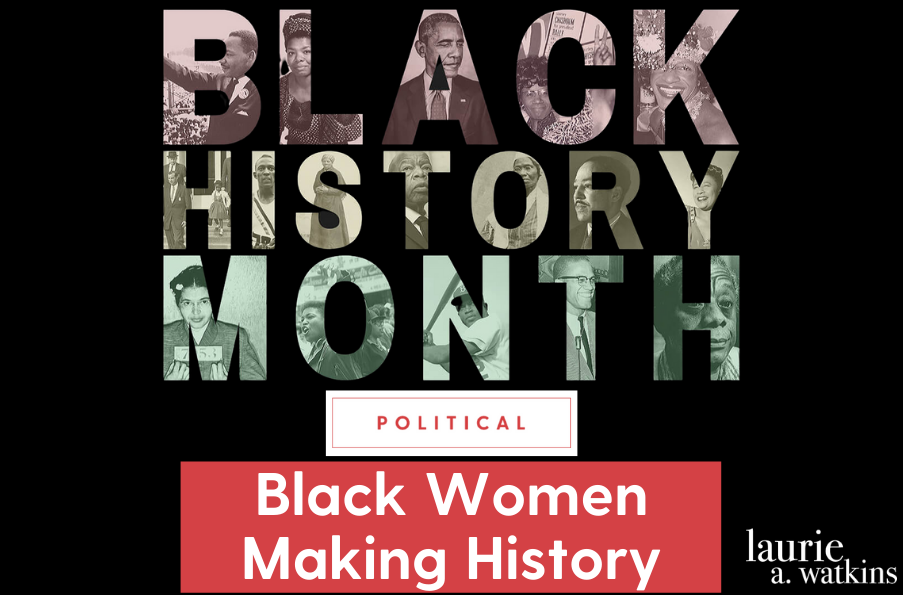 February is Black History Month.  Did you know?  It’s not like October where everything turns pink for Breast Cancer Awareness Month.  But it should be!

Black History Month is a month dedicated to recognizing African Americans and their pivotal role in U.S. History.  Dating back to 1915, a full half century after the US abolished slavery, Harvard-trained historian Carter G. Woodson and minister Jesse E. Moorland founded the Association for the Study of Negro Life and History (ASNLH).  According to The History Channel online, this organization was dedicated to researching and promoting the achievements of Black Americans and other people of African ancestry.

The organization has since evolved to be known as the Association for the Study of African American Life and History (ASALH).  Before a full month, there was simply Negro History week during the second week of February.  However, towns and cities around the country began to expand their celebrations and observations of the week beginning in the 1960s, thanks primarily to the civil rights movement.

President Gerald Ford was the first to recognize Black History Month in 1976, with every president following suit since.

After a year like 2020 where we all were woken up to issues brought to light by those like Breonna Taylor, George Floyd, and Ahmaud Arbery, it is more important than ever we all take part in acknowledging Black History Month.

We all learned about strong Black women in history like Rosa Parks, Harriet Tubman, and Maya Angelou.  But what about those other Black women who made strides for current day women and especially minority women, that aren’t in the history books or in the spotlight?  There are also plenty of Black women doing incredible things RIGHT NOW beyond Oprah, Vice President Kamala Harris, and Michelle Obama.  I’m going to dedicate this blog post to specifically highlighting Black women that I find amazing.

@bre.nyya – This young woman made it her goal to challenge herself in 2021 by finishing high school strong.  She wanted to get into college, but not just one college, she wanted to get into FIFTY (50!!!!) colleges.  As of February 8, 2021, she accomplished that goal along with receiving 17 scholarship awards.  What an impressive goal and accomplishment for someone so young.  She should be an inspiration to young people everywhere!

@f35jpo – This is the official Instagram account of the F-35 Lightning II Joint Program Office.  They recently highlighted Lt. Col. Shawna Rochelle Kimbrell.  She is the first Black female fighter pilot in the history of the US Air Force.  WOAH!  Going back to the fourth grade, Lt. Col. Kimbrell knew she wanted to be a fighter pilot and eventually graduated from the Air Force Academy in 1998, was accepted into pilot training and earned her wings.  This is such an incredible story of breaking glass ceilings and shattering societal constraints.

@flyfortheculture – Recently highlighted on this account is Mary Jackson.  If you saw the movie Hidden Figures, you may recognize her name.  If you haven’t seen the movie, you really should!  She was played in the movie by Janelle Monáe and is referred to as the “human computer.”  Her role in the Space Race made a huge impact on the history of our nation and was a pivotal part in paving the way for women to have a future at places like NASA.  These are the types of women who really need more recognition.  Their actions and rebel ways allowed for career women of today to have a place in the workforce and we can never thank them enough.

Dr. Marie Maynard Daly – February also happens to be the month where we observe International Day of Women and Girls in Science.  Dr. Marie Maynard Daly was the first woman to receive a Ph.D. in chemistry.  This degree from Columbia in 1947 came after living at home to save money, tutoring, and completing a thesis.  In 1975, Dr. Daly attended a conference on the challenges facing minority women in STEM careers which led to the publication of a report called The Double Blind: The Price of Being a Minority Woman in Science.  Even nearly 4 decades ago, this woman was working hard to advance women’s places in science careers, especially those of minorities.

Maggie L. Walker – A pioneer of African-American businesswomen and teachers, she is one of the only women to open and lead a bank in the United States.  Her trailblazing provided supplies and prospects to thousands of families.  Her bank opened in 1903.  By 1920, her bank, St. Luke Penny Savings Bank, helped make homeownership possible for over 600 Black families in the Richmond area.  Later in life, Ms. Walker became wheelchair bound and became an example for people with disabilities.

In addition to highlighting these phenomenal women, I would also like to offer you a brief list of some incredible reading materials to help you learn about Black history as well as white privilege and being antiracist.

How to be Antiracist by Ibram X. Kendi

Stamped from the Beginning by Ibram X. Kendi

I’d love to hear about the incredible black women that inspire you.  Whether they are modern day heroes or women in history, I am trying to expand my knowledge of those making a difference.  Please share them with me in the comments here on the blog, or on my social media.  I’ll try to share some profiles over the next couple days to help spread the awareness of black women that deserve to be in the spotlight.  I’d also love to add to my reading list.  What books have you read lately on Black history or being anti-racist?