Progress in a Time of Turmoil 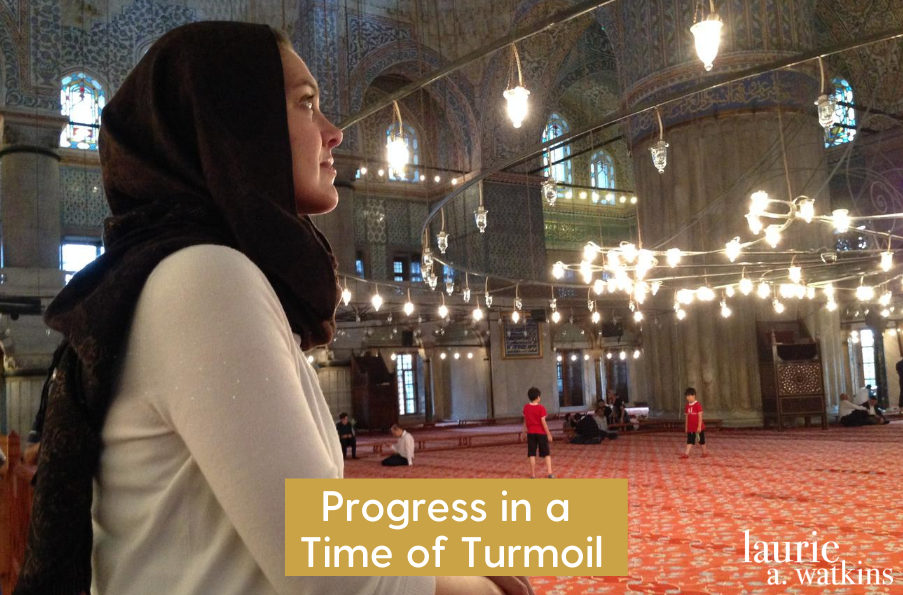 If you’ve used social media, even casually, over the last couple weeks, you have likely seen a whole lot of women having opinions.  Between a social media “challenge” that turned out to have much deeper meaning, a lack of access to birth control from employers, and Alexandria Ocasio-Cortez eloquently speaking on equality, there has been a lot to pay attention to.  It is 2020 and it is time for equality.  We are seeing a major move for racial equality and people are also starting to focus on gender equality.

I loved seeing my friends, colleagues, and family posting black and white photos of themselves with #challengeaccepted.  The spirit of nominating other women to do the same was a beautiful gesture.  About 24-48 hours after this “challenge” really started taking off, it became apparent to many that this was actually burying a more meaningful and important challenge happening to women in Turkey.  What became a way to showcase our own talents and beauty here in America, had originated as a way to draw attention to the rates of violence against women and a brutal murder of a 27-year-old student named Pinar Gültekin.

Protests in the country broke out after Pinar’s ex-boyfriend led police to her mutilated body, days after her disappearance.  This particular murder seemed to be the final straw in a long string of femicide, intense violence against women with little to no repercussions.  In 2019, 474 women were killed there, a 200% increase from the 237 women lost in 2013.  Other estimates say that already in 2020, 146 Turkish women have been murdered.

Turkish Twitter user @imaann_patel said, “Turkey is one of the top countries when it comes to femicides. Most often the murderers barely get a slap on a wrist or no charges at all… Our government is trying to abolish certain aspects of [the] Istanbul Convention which is a human rights treaty that protects women against domestic violence… Turkish people wake up every day to see a black and white photo of a woman who has been murdered on their Instagram feed, on their newspapers, on their TV screens. The black and white photo challenge started as a way for women to raise their voice. To stand in solidarity with the women we have lost. To show that one day, it could be their picture that is plastered across news outlets.”

What it comes down to, is the majority of women posting their own photos, are not even aware of Pinar Gültekin or the women lost in Turkey.  We need to make sure, as women, we are doing constructive work.  While this challenge was lovely and helped many women feel brave enough to post solo shots of themselves, it is also important to remember the roots of things.

Another major development happening in women’s rights this month was the Supreme Court choosing to uphold a Trump Administration regulation that allows employers with “religious or moral objections” limit women’s access to birth control under the Affordable Care Act (signed in 2010 by Barack Obama).

This could lead to thousands, if not hundreds of thousands, of women to have to rely on unsafe, less effective, or completely forgo contraception.  Giving this level of power to employers over women’s bodies is simply unbelievable.

Contraception is not always just a safeguard.  Many women need it for their health.  To expect women to pay for this out of pocket, especially when we are facing economic collapse as a country, is unconscionable.  Women deserve the right to medication, and to have it affordable.  It is not up to employers how women handle their family planning.  That is the choice of women and their partners alone.

While religious organizations have pretty much always been exempt from having to cover birth control, the addition of “moral obligation” really opens up a whole lot of controversy.  This is an issue likely to be voted on in November, so please, take some time to read up on it and determine how you feel.  Make an educated vote for women’s rights on this topic.  Plenty of women are talking about important issues right now, and we need to listen to them.

One of these women is Alexandria Ocasio-Cortez.  Walking up the steps of the US Capitol building, the congresswoman, as she tells it, was “minding my own business” when she was “accosted” by Ted Yoho, a Republican Representative from Florida.  He “put his finger in my face… He called me disgusting, he called me crazy, he called me out of my mind, he called me dangerous.”  She proceeded, with class, to walk into the building and cast her vote.  Upon her exit, she saw him again.  In front of the press, with no regard for who saw or heard, he proceeded to call her a “fucking bitch.”

Alexandira Ocasio-Cortez gave such a powerful, moving speech on this event that it is worth everyone watching or reading.  She calls out a great deal of toxic masculinity that is worth everyone seeing.  She proved just how strong, articulate, and intelligent women are.  She is also so very brave and strong.

I believe most women have dealt with men like this.  Or a situation like this.  We need to pave the way for a better future.  We need to call out these instances.  Like she said, having a daughter doesn’t mean you aren’t sexist.  You can post all the photos you want of yourself with your wife and daughters, but actually behaving towards other women the way you want men to treat them is what matters.

I would love for you to share your stories of strength with me.  We are all strong women.  Being a woman is hard enough.  We all need to support and help each other, and that includes educating ourselves on what is happening to women here at home and abroad.